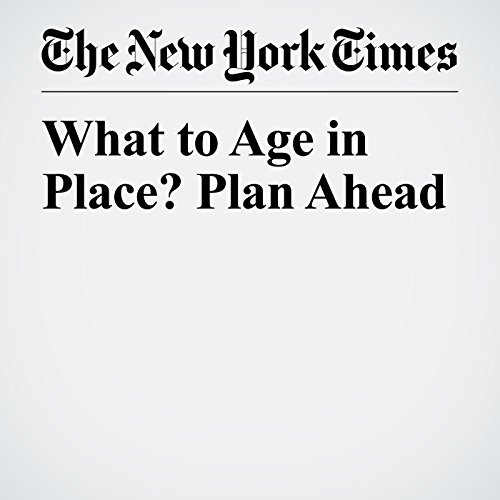 Older people have the highest rate of homeownership in the country — about 80 percent, according to a 2016 report by the Joint Center for Housing Studies at Harvard. The great majority live in single-family homes, most of them poorly suited for the disabilities common in later life.

"Want to Age in Place? Plan Ahead" is from the May 22, 2017 Health section of The New York Times. It was written by Paula Span and narrated by Keith Sellon-Wright.