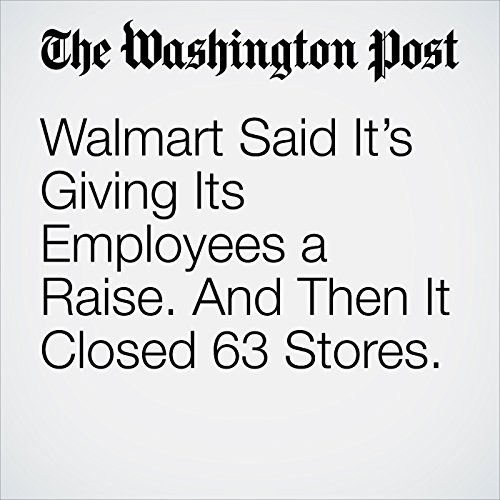 Walmart, the largest U.S. private employer with more than 1 million workers, said Thursday it plans to raise starting wages from $9 to $11 an hour and hand out employee bonuses ranging from $200 to $1,000, becoming the latest company to give a least some of the credit for new worker benefits to the recently passed tax plan.

"Walmart Said It’s Giving Its Employees a Raise. And Then It Closed 63 Stores." is from the January 11, 2018 Business section of The Washington Post. It was written by Abha Bhattarai and Todd C. Frankel and narrated by Jenny Hoops.