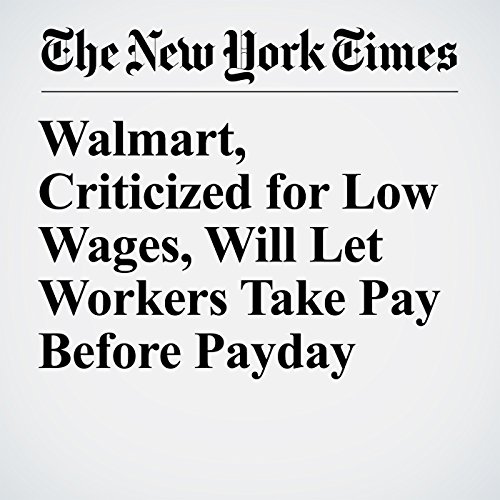 For decades, Walmart has taken heat for how it treats its workforce, including paying low wages and creating unpredictable schedules. Now, the giant retailer is trying to ease some of its workers’ financial strain, allowing them to receive wages before their next payday.

"Walmart, Criticized for Low Wages, Will Let Workers Take Pay Before Payday" is from the December 13, 2017 Business section of The New York Times. It was written by Michael Corkery and narrated by Kristi Burns.