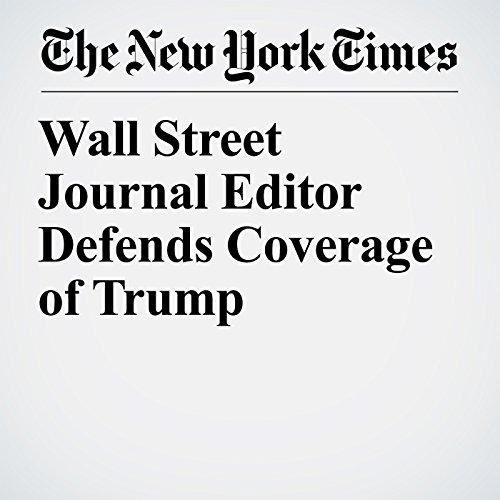 Gerard Baker, editor-in-chief of The Wall Street Journal, vigorously defended his newspaper’s coverage of President Donald Trump on Monday, rejecting suggestions that The Journal had not been aggressive enough.

"Wall Street Journal Editor Defends Coverage of Trump" is from the February 13, 2017 Business section of The New York Times. It was written by Sydney Ember and narrated by Kristi Burns.