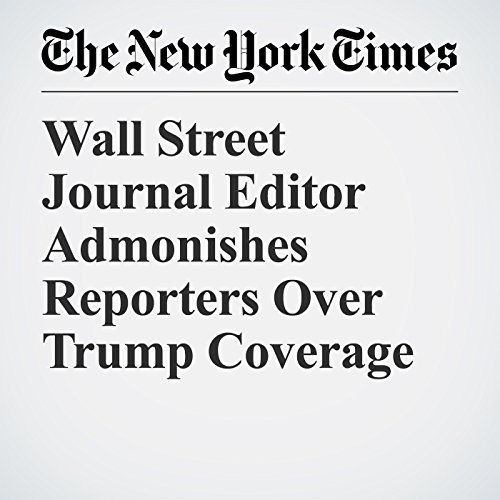 Gerard Baker, the editor-in-chief of The Wall Street Journal, has faced unease and frustration in his newsroom over his stewardship of the newspaper’s coverage of President Donald Trump, which some journalists there say has lacked toughness and verve.

"Wall Street Journal Editor Admonishes Reporters Over Trump Coverage" is from the August 24, 2017 Business section of The New York Times. It was written by Michael M. Grynbaum and narrated by Keith Sellon-Wright.