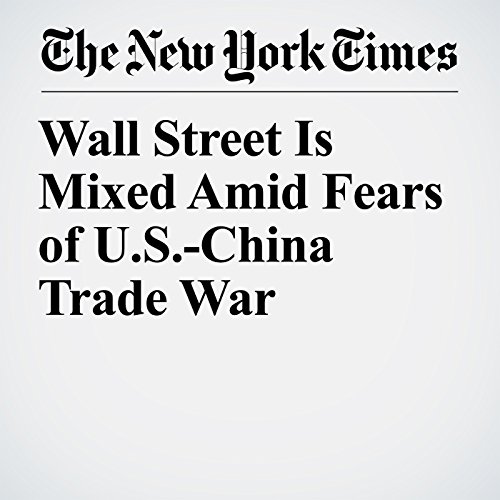 Wall Street stocks were mixed Friday, after market falls in Europe and Asia, as investors weighed a brewing trade war between China and the United States that could hobble an otherwise healthy global economy.

"Wall Street Is Mixed Amid Fears of U.S.-China Trade War" is from the March 23, 2018 U.S. section of The New York Times. It was written by Jack Ewing, Alexandra Stevenson and narrated by Fleet Cooper.