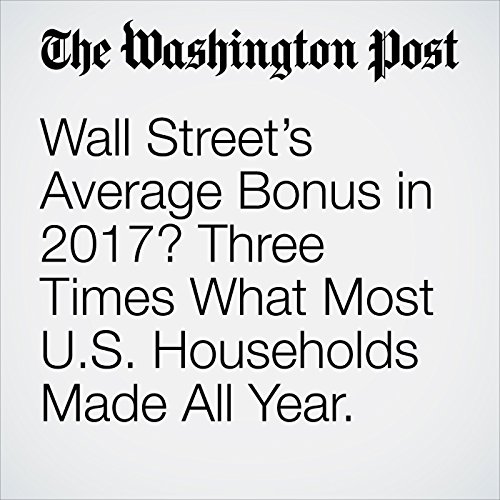 Wall Street bonuses are climbing toward record highs again, according to government data released Monday showing that in 2017, the average bonus payout reached $184,220.

"Wall Street’s Average Bonus in 2017? Three Times What Most U.S. Households Made All Year." is from the March 26, 2018 Business section of The Washington Post. It was written by Renae Merle and narrated by Sam Scholl.