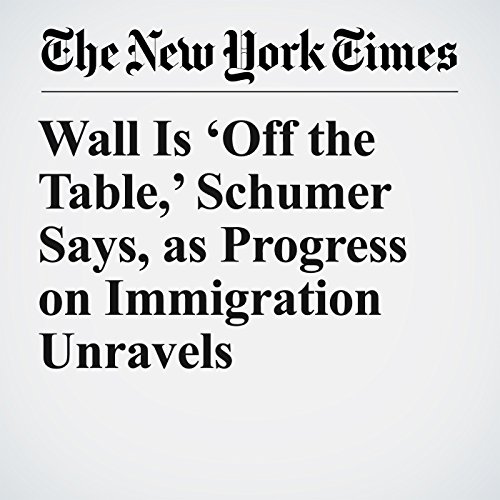 Senate negotiators found themselves back at square one on immigration on Tuesday, as the Senate Democratic leader withdrew the biggest gesture he had made to strike a deal: an offer to fully fund President Donald Trump’s proposed wall at the Mexican border.

"Wall Is ‘Off the Table,’ Schumer Says, as Progress on Immigration Unravels" is from the January 24, 2018 U.S. section of The New York Times. It was written by Sheryl Gay Stolberg and Maggie Haberman and narrated by Keith Sellon-Wright.