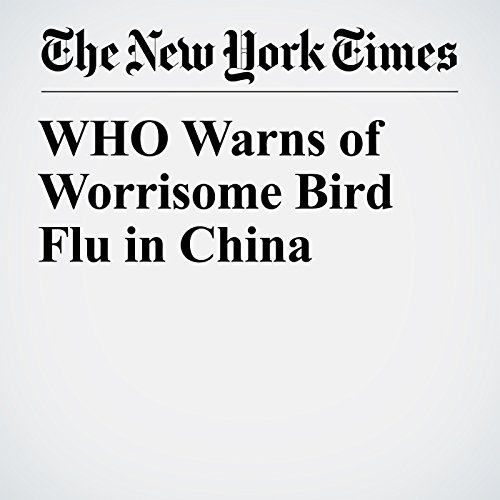 Several strains of avian flu are spreading in Europe and Asia this winter, but the most worrisome at present is an H7N9 strain that has circulated in China every winter since 2013.

"WHO Warns of Worrisome Bird Flu in China" is from the January 25, 2017 World section of The New York Times. It was written by Donald G. Mcneil Jr. and narrated by Keith Sellon-Wright.