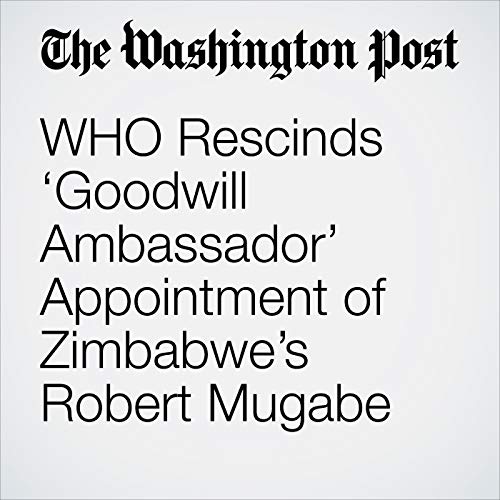 The appointment of Robert Mugabe had provoked global head-scratching and outrage because of Mugabe’s track record of human-rights abuses, including violent crackdowns on political dissent, which had earned Zimbabwe international sanctions.

"WHO Rescinds ‘Goodwill Ambassador’ Appointment of Zimbabwe’s Robert Mugabe" is from the October 22, 2017 World section of The Washington Post. It was written by Cleve R. Wootson Jr. and narrated by Sam Scholl.