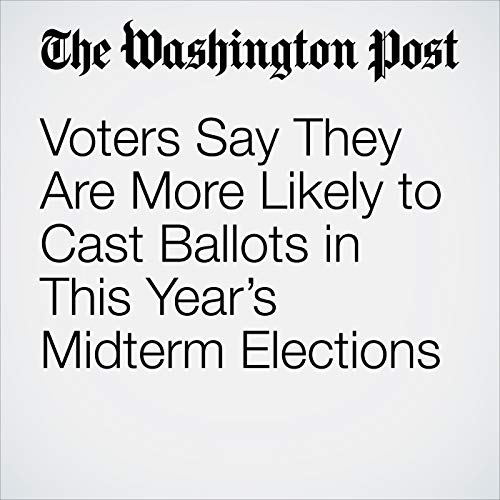 Three weeks before critical midterm elections, voters are expressing significantly more interest in turning out than they were four years ago, according to a Washington Post-ABC News poll. Enthusiasm is up across almost all demographic groups, but the increases are greater among younger adults, nonwhite voters and those who say they favor Democrats for the House.

"Voters Say They Are More Likely to Cast Ballots in This Year’s Midterm Elections" is from the October 14, 2018 Politics section of The Washington Post. It was written by Scott Clement and Dan Balz and narrated by Sam Scholl.