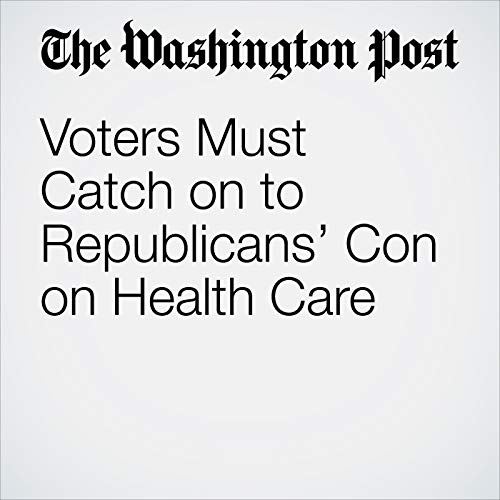 A majority of working Americans have zero retirement savings. The three richest Americans hold more wealth than the bottom 50 percent of the country — some 160 million Americans. So Senate Majority Leader Mitch McConnell (R-Ky.), having pushed through a trillion-dollar tax cut that lards its benefits on the richest Americans, announces he wants to cut Social Security, Medicare and Medicaid, and make another run at repealing the Affordable Care Act.

"Voters Must Catch on to Republicans’ Con on Health Care" is from the October 23, 2018 Opinion section of The Washington Post. It was written by Katrina vanden Heuvel and narrated by Sam Scholl.