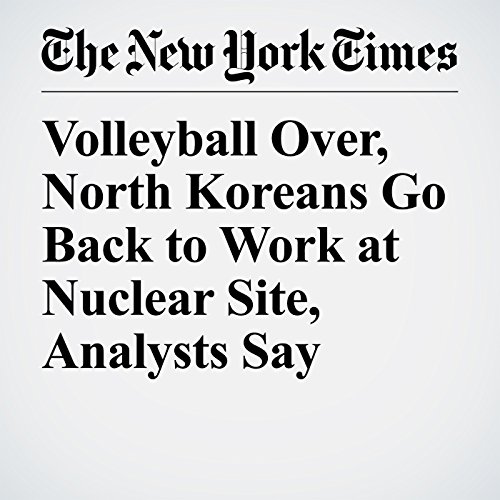 North Korea appears to have resumed work at its nuclear test site after a perplexing series of volleyball matches were held there, according to analysts who studied satellite images of the site, renewing concerns that a major weapons test could be imminent.

"Volleyball Over, North Koreans Go Back to Work at Nuclear Site, Analysts Say" is from the April 22, 2017 World section of The New York Times. It was written by Choe Sang Hun and narrated by Keith Sellon-Wright.