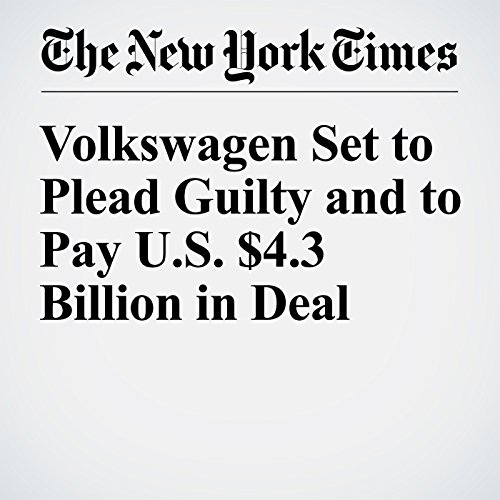 Volkswagen is on the verge of pleading guilty to criminal charges and paying $4.3 billion in fines, in a deal that would resolve a federal criminal investigation into its cheating on vehicle emissions tests, the automaker said Tuesday.

"Volkswagen Set to Plead Guilty and to Pay U.S. $4.3 Billion in Deal" is from the January 10, 2017 Business section of The New York Times. It was written by Jack Ewing and Hiroko Tabuchi and narrated by Keith Sellon-Wright.