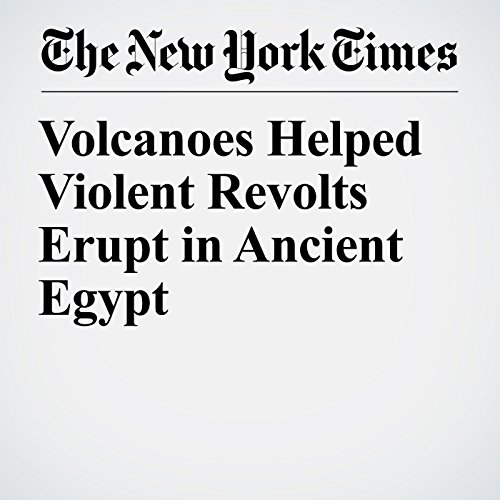 The Ptolemaic Kingdom was a prosperous time in Egypt’s ancient history, nearly three centuries from 305 B.C. to 30 B.C. that saw the reign of Queen Cleopatra VII and the construction of the Great Library and the Lighthouse of Alexandria.

"Volcanoes Helped Violent Revolts Erupt in Ancient Egypt" is from the October 23, 2017 Science section of The New York Times. It was written by Nicholas St. Fleur and narrated by Keith Sellon-Wright.