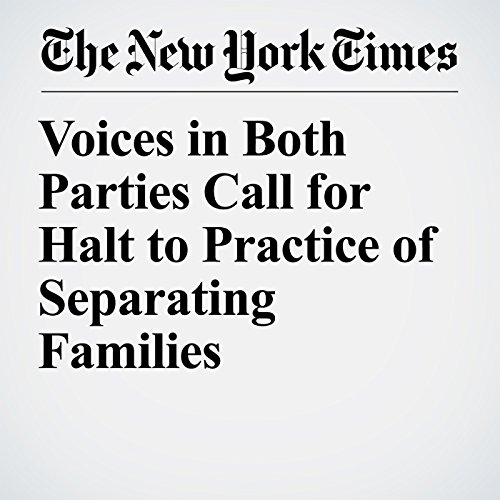 Leading figures of both parties demanded on Sunday that President Donald Trump halt his administration’s practice of separating children from their parents when apprehended at the border, as the issue further polarized the already divisive immigration debate in Washington.

"Voices in Both Parties Call for Halt to Practice of Separating Families" is from the June 18, 2018 U.S. section of The New York Times. It was written by Peter Baker and narrated by Keith Sellon-Wright.