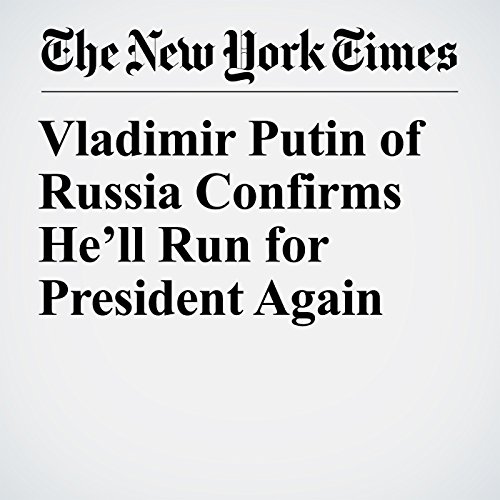 President Vladimir Putin announced on Wednesday that he would seek a fourth term as president of Russia in a vote set for March, an election he is expected to win handily.

"Vladimir Putin of Russia Confirms He’ll Run for President Again" is from the December 06, 2017 World section of The New York Times. It was written by Neil MacFarquhar and narrated by Kristi Burns.