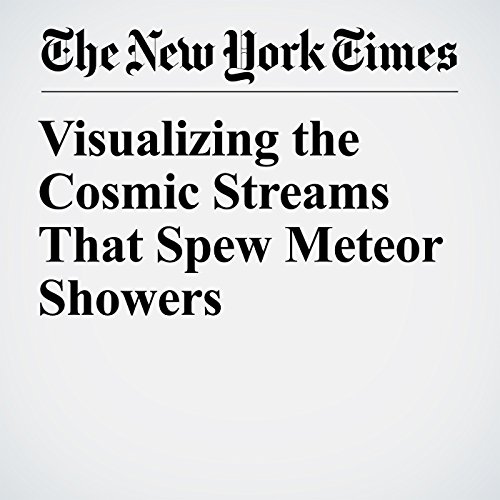 The Earth sails through streams of cosmic debris as it orbits the sun. When specks of dust and ice left behind by comets or asteroids collide with our atmosphere, we experience meteor showers. But what we’re seeing are only the final moments of a particle’s path through space. Most flecks have traveled for millions of miles before we see them burn up (if we’re lucky).

"Visualizing the Cosmic Streams That Spew Meteor Showers" is from the March 24, 2017 Science section of The New York Times. It was written by Nicholas St. Fleur and narrated by Keith Sellon-Wright.