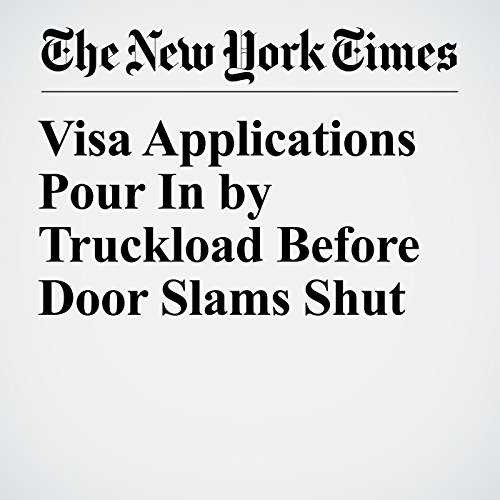 Hailed by proponents as vital to American innovation, the program has also been criticized as a scheme to displace U.S. workers with cheaper foreign labor. President Donald Trump has vowed to overhaul it and lawmakers from both parties have drafted bills to alter it.

"Visa Applications Pour In by Truckload Before Door Slams Shut" is from the April 03, 2017 U.S. section of The New York Times. It was written by Miriam Jordan and narrated by Caroline Miller.