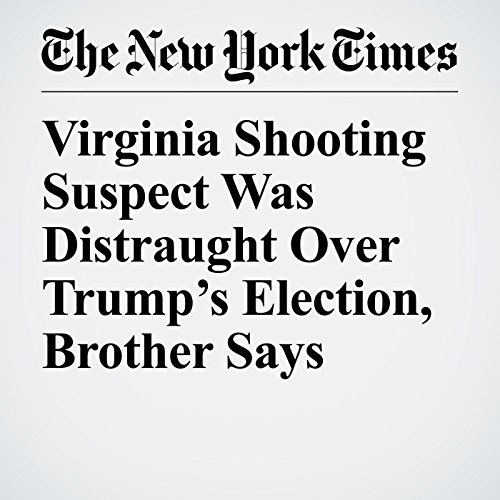 The man suspected of opening fire on Republican members of the congressional baseball team early Wednesday morning was distraught over the election of President Donald Trump and traveled to Washington in recent weeks to protest, his brother said Wednesday.

"Virginia Shooting Suspect Was Distraught Over Trump’s Election, Brother Says" is from the June 14, 2017 U.S. section of The New York Times. It was written by Nicholas Fandos and narrated by Keith Sellon-Wright.