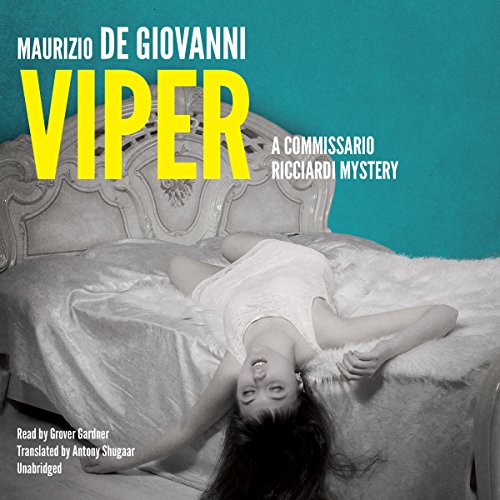 Naples, 1932. A week before Easter, springtime offers fragrant temptations to the men and women of Naples - but evil also lurks in the sweet-smelling spring air. At the high-class brothel in the center of town known as Paradiso, Viper, the most famous prostitute of all, is found dead after being suffocated with a pillow. Her last client swears that he left her alive and well. But when her next client arrived, he found her dead. Who killed her and why? Ricciardi must untangle a complex knot of greed, frustration, jealousy, and rancor in order to solve the riddle of Viper's death. As he does, he will discover an endless trail of conflicting emotions just beneath the surface of a city that lives on passion.

De Giovanni's mysteries unfold with such sinuous ease that they seem to write themselves. They enchant, surprise, and keep listeners enthralled. Commissario Ricciardi, with the dubious gift of being able to see and hear the last seconds in the lives of those who have suffered a violent death, is one of the most fascinating investigators to make his appearance in the world of international crime fiction. In Viper, the lustful and boisterous city of Naples has never been more seductive.