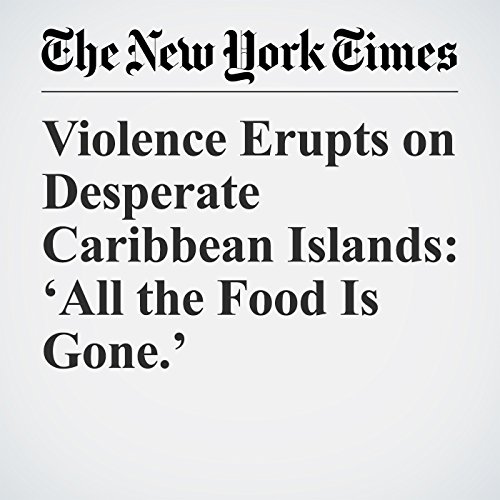 At dawn, people began to gather, quietly planning for survival after Hurricane Irma.They started with the grocery stores, scavenging what they needed for sustenance: water, crackers, fruit. But by nightfall on Thursday, what had been a search for food took a more menacing turn, as groups of looters, some of them armed, swooped in and took whatever of value was left: electronics, appliances and vehicles.

"Violence Erupts on Desperate Caribbean Islands: ‘All the Food Is Gone.’" is from the September 10, 2017 World section of The New York Times. It was written by Azam Ahmed and Kirk Semple and narrated by Keith Sellon-Wright.