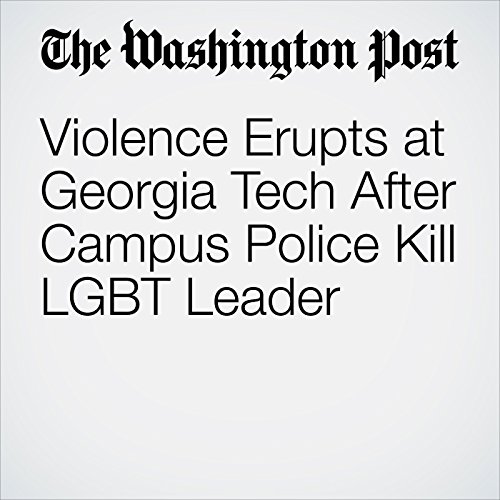 A police cruiser was torched, protesters were arrested, and at least one Georgia Tech officer was evacuated by ambulance Monday night — just two days after a student was fatally shot by campus police outside a dormitory building.

"Violence Erupts at Georgia Tech After Campus Police Kill LGBT Leader" is from the September 19, 2017 National section of The Washington Post. It was written by T. Rees Shapiro, Avi Selk and Wesley Lowery and narrated by Sam Scholl.