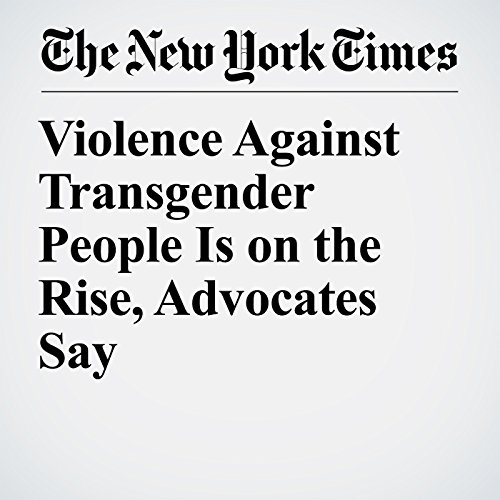 Even as transgender people have scored political victories and turned public opinion in favor of more protections, violence has risen, especially against black and Hispanic transgender women.

"Violence Against Transgender People Is on the Rise, Advocates Say" is from the November 09, 2017 U.S. section of The New York Times. It was written by Maggie Astor and narrated by Keith Sellon-Wright.