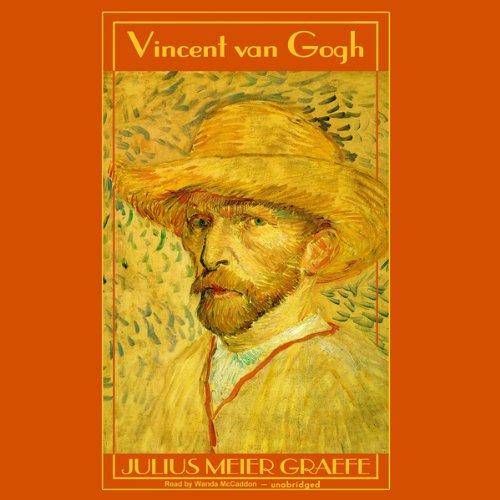 The lives of many famous artists have been shrouded in mystery and conjecture, but none have been more controversial than the life of Vincent van Gogh.

Remembered for his swirling brushstrokes and burning colors, Vincent van Gogh is today one of the best-known painters. Though his career as a painter spanned less than ten years, he produced a body of work that remains one of the most enduring in all of modern art. In his lifetime, however, he received little recognition. Today his paintings sell for countless millions, yet during his lifetime, van Gogh managed to sell just one painting.

Van Gogh’s road to be becoming a painter took a circuitous, often troublesome path. In his twenties, van Gogh served as a lay minister in a Belgian mining district. He practiced Christian virtues with such outward zeal that he found himself ostracized from society, which prompted him to set off for Brussels to study art. His religious zeal, his belief in the unimpeachable nature of man and his struggle, and his many tumultuous inner-turmoil’s all resonate through his extraordinary body of paintings.

I was a bit suspicious of a biography of Van Gogh's life that would only cover seven and a half hours of normally read text, wondering if anything truly in depth could be accomplished in such a relatively short book--and I was right to wonder. The folksy, often poetic language is interesting and gives a peculiar and often pleasing flavor to the text, but much is glossed over--and while Meier-Graefe gets all the big milestones right (his relationship with Theo, the ear, the shooting, and all the junior high school student already knows), he just gets some things wrong. Anyone who could speak of Vincent's late adolescence as "sailing along" or "happy at home with his parents" must never have encountered any facts about the uptight critical father who thought his son a mad fool, the harping mother whose constant refrain rang "why can't you be more like Theo?!" or the crazily intense antics of a young man who just about drove everyone around him nuts with his endless fiery neediness and often with careless thoughtlessness. I expected more here and would recommend a more in-depth biography of the great artist.

There's a conscious effort to make this more of a dramatic narrative than a biography, but that's probably not a bad way to go considering most of what we know of Van Gogh is drawn from letters between him and his brother Theo. I won't say it's 100% accurate, but the very nature of the book allows you to crawl inside the man's head. Even if you don't agree or even sympathize with him, it's the kind of perspective that allows one to better appreciate the mind behind the artwork.

Not what I expected. I've read a lot about VanGough and was hoping this would fill in the gaps. This book is more confusing than anything. It focuses too much on Theo although I know he was an important part of Vincent's life. I've love McCaddon narrating other books but she just wasn't right for this one.

I enjoyed this book as it was first published in 1936. This gave the author the opportunity to investigate the story much closer to the time of death of Vincent Van Gogh. As an artist I have read
many books regarding Vincent Van Gogh and now have added this to my collection. It is a noteworthy read and anyone interested in the life of this man should take it into consideration. The narration is very good and will keep the listeners interest.

every good story I liked it

What made the experience of listening to Vincent van Gogh the most enjoyable?

Which character – as performed by Wanda McCaddon – was your favorite?

the life he had

I going to New York Met of art to see the VanGogh show so I like to know a little more about him.

you can feel the colors

loved it, mesmerizing. very descriptive of the time and place. Vincent certainly moved around a lot.

Vincent Van Gogh has been hashed over and reworked from every view point but this biography is a riveting accurate detailed day by day account of what Vincent experienced. If you are an artist or are interested in art this book will charm and fulfill you. It served as my companion as I painted several of Van Gogh's originals (in acrylic) to get a sense of what his genius entailed. It is beyond comprehension. His 900 canvasses (about 2 a week for ten years) each stop me in my tracks and challenge every artistic fiber in me. I am in awe of the man and his overe. I read this, followed by his letters to his brother Theo, and that combo really worked to inspire me to learn as much as I could about his craft, and artistry. Color, paint, brush stokes, vision, energy, inspiration, sorrow and ordeals.....what a blend of man in his most elevated self-expression. I loved the book, the narration and have re-listened to many sections. I supplemented it with a reading of the several thousand pages of VAN GOGH the Complete Works, so exhilarating.

The book captures lots of emotion. I liked listening to the narrator, she was very expressive. I would highly recommend this book to anyone wanting to learn about Van Gogh.