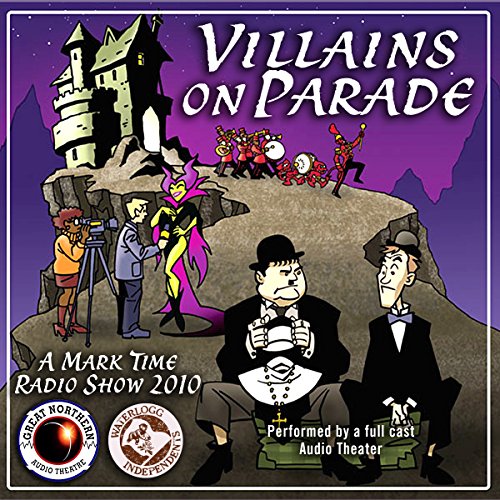 Villains on Parade, starring Chuck McCann, Wally Wingert, and the rest of our usual troupe, features an evil sorceress, bumbling henchmen, the annual Storming of the Castle, the Plunderers Day Parade, the Lost Orc Commentaries, and other extreme silliness. The bad guys have their say, and the pros take the stage and bring down the castle.

Additional pieces include a closeup of the Plunderers Day Parade and "Unrelated Random Short Form Bad Guy Cliche Community and Dinner Theater" (the title is almost longer than the bit itself).