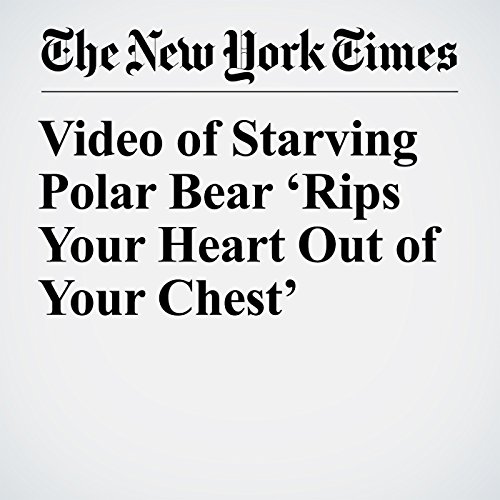 As his boat came around a corner in August, Paul Nicklen spotted what at first looked like a white blanket draped over a rock. And although he kept his distance, it soon became clear the blanket was not actually a blanket at all; it was a polar bear — one Nicklen thought was surely dead.

"Video of Starving Polar Bear ‘Rips Your Heart Out of Your Chest’" is from the December 11, 2017 World section of The New York Times. It was written by Matt Stevens and narrated by Kristi Burns.