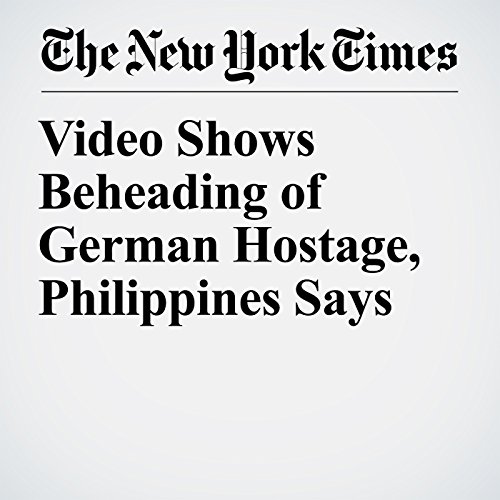 After years sailing the oceans, Juergen Kantner was a German in name only. In 2009, after he and his partner, Sabine Merz, had been abducted at sea, held for 52 days in Somalia and released after a six-figure ransom was reportedly paid, he returned there to get his boat.

"Video Shows Beheading of German Hostage, Philippines Says" is from the February 27, 2017 World section of The New York Times. It was written by Felipe Villamor and narrated by Keith Sellon-Wright.