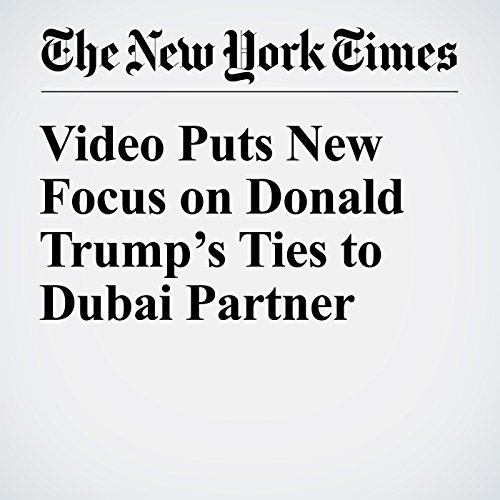 President-elect Donald Trump praised a business partner from Dubai during a New Year’s Eve party at his lavish Mar-a-Lago resort in Palm Beach, Florida, on Saturday night, raising new questions about the scope of his potential business conflicts around the world just weeks before he is sworn in.

"Video Puts New Focus on Donald Trump’s Ties to Dubai Partner" is from the January 03, 2017 United States section of The New York Times. It was written by Julie Hirschfeld Davis and narrated by Caroline Miller.