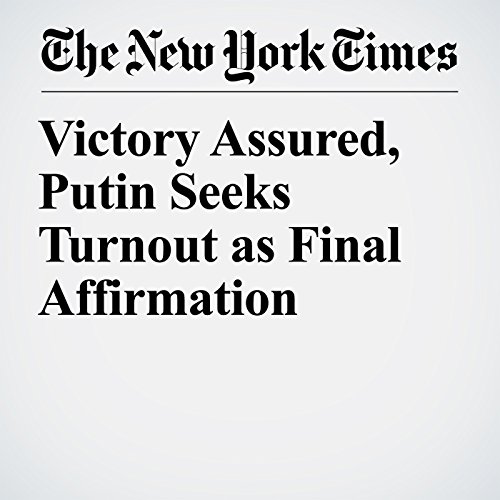 Having felled any serious competition, Putin is basically running against himself, political analysts say, but he still faces one threat he cannot easily vanquish: voter indifference.

"Victory Assured, Putin Seeks Turnout as Final Affirmation" is from the January 25, 2018 World section of The New York Times. It was written by Neil Macfarquhar and narrated by Mike DelGaudio.