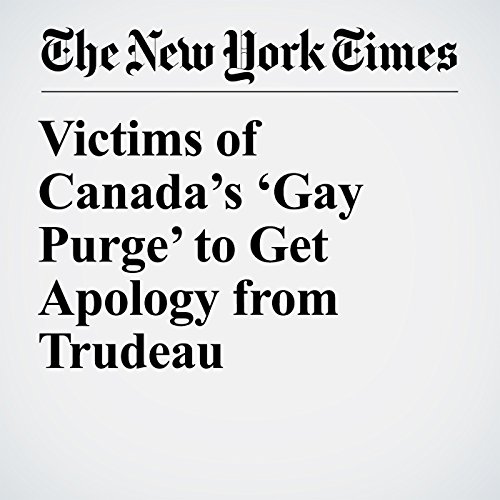 Prime Minister Justin Trudeau plans to formally apologize to Thwaites and thousands of other members of the military, the public service and the Royal Canadian Mounted Police who faced discrimination, lost their jobs and, in some cases, were imprisoned because of their sexual orientation.

"Victims of Canada’s ‘Gay Purge’ to Get Apology from Trudeau" is from the November 21, 2017 World section of The New York Times. It was written by Ian Austen and narrated by Keith Sellon-Wright.