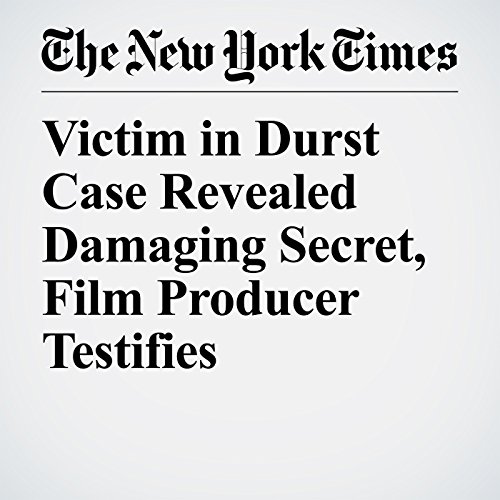 Lynda Obst was watching the documentary “The Jinx: The Life and Deaths of Robert Durst” two years ago when a chilling, decades-old memory began to surface.A film and television producer with a string of hits, Obst, 67, recounted her experience on Wednesday in a pretrial hearing in Superior Court in Los Angeles, where Durst is charged with the murder of a close friend, Susan Berman, in December 2000.

"Victim in Durst Case Revealed Damaging Secret, Film Producer Testifies" is from the April 27, 2017 U.S. section of The New York Times. It was written by Charles V. Bagli and narrated by Kristi Burns.