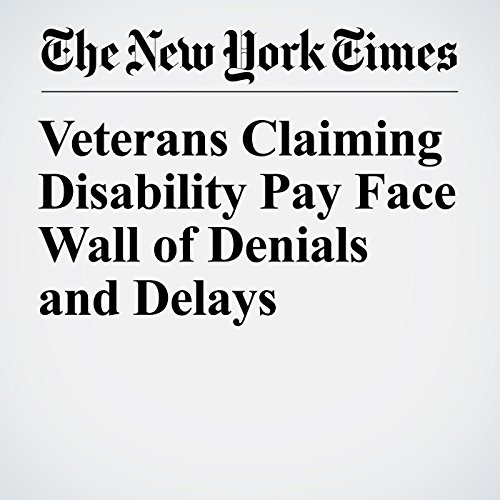 Jonathan Bey hurt his back while repairing buoys at sea in the Coast Guard, and after he was discharged, he filed what he thought would be a routine request for veterans disability benefits.That was 34 years ago. After repeated denials by the Department of Veterans Affairs, appeals by Bey, and more than a couple of letters saying that the department had lost his files, Bey is still waiting.

"Veterans Claiming Disability Pay Face Wall of Denials and Delays" is from the November 13, 2017 U.S. section of The New York Times. It was written by Dave Philipps and narrated by Barbara Benjamin-Creel.