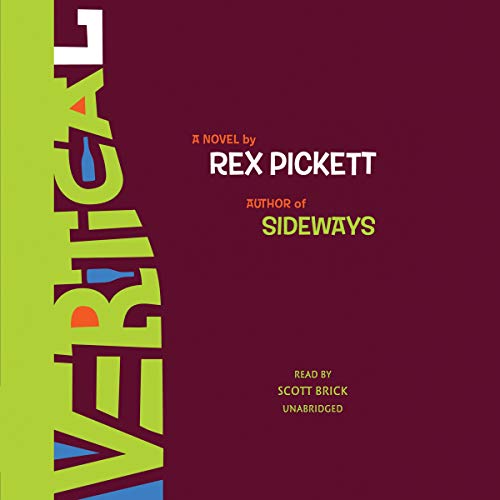 The follow-up novel to the blockbuster Sideways, the basis of a major motion picture, tracks the continuing story of Miles Raymond and his buddy Jack.

It’s seven years later. Miles has written a novel that has been made into a wildly successful movie, and the movie has changed his life. Jack, contrarily, is divorced, has a kid, and is on the skids. Phyllis, Miles’ mom, has suffered a stroke that’s left her wheelchair-bound and wasting away in assisted living. She desperately wants to live with her sister in Wisconsin. When Miles gets invited to be master of ceremonies at the International Pinot Festival in Oregon, he hatches a harebrained road trip. With Jack as his copilot, he leases a handicapped-equipped van, hires a pot-smoking Filipina caretaker, and, with his mother’s rascally Yorkie in tow, they take off for Wisconsin via Oregon’s fabled Willamette Valley.

This is a road novel for the smart set and wine lovers, and it is anything but predictable.

©2010 Loose Gravel Press (P)2013 Blackstone Audio, Inc.
Letteratura e narrativa Commedia e umorismo
Mostra di più Mostra meno
"Better, richer than Sideways." (Kirk Honeycutt,  Hollywood Reporter)
"Rex Pickett shows that his gift for creating wildly funny scenes is quite intact.…The book is laugh-out-loud funny." ( New York Journal of Books)
"Had me alternately laughing and crying through this hilarious, heartbreaking, and ultimately moving meditation on fame, friendship, and family.  Vertical managed to break my heart and then put it back together again, piece by piece…and should abolish any lingering doubts whether the author just got ‘lucky’ with  Sideways. This is a work to be both admired and savored like the great Willamette Valley Pinots Miles exults over." ( Forth magazine)

Would you be willing to try another one of Scott Brick’s performances?

Too many three and four syllable words. Could have saved time by euthanizing his mother in the first third of the book. Basically this is an author that was embarrassed by the success of Sideways and the movie, feels he doesn't deserve the success and writes a book that ensures he will never have to write about these characters again. Pickett writes a personal novel never failing to point out what an immature, emotional, alcoholic wreck he has made of his life. He used the characters of Jack and Miles and a sequel to a popular book to bait and switch readers. I feel like a fool finishing the book. No wonder Knopf rejected the book and he had to self publish.

Too much unrefined sex

In this book no favorite. Brick is good, but miles seems like a completely different person from the miles in "sideways". As does jack. But miles is particularly unlikeable. He's sex obsessed. Treats everyone badly. And especially says mean things to his mom.
Just wayyyyyy to much sex going on with super hot young chicks and miles. Seems like the author is living vicariously thru miles. And it's told in a way that comes off as creepy. Not sensual.
Or maybe I'm missing somethjg?

Do you think Vertical needs a follow-up book? Why or why not?

I didn't think sideways did. But I welcomed a new novel with miles and jack. Ultimately I didn't like the direction the characters lives had taken.

A dissapointment. Seems a contrived plot to facilitate another road trip.
The characters aren't consistent with sideways and too much sex not portrayed very sexily.

I don't think you necessarily need to have seen the movie Sideways or read the book to easily get into this novel. Miles is about as flawed a hero as possible in this novel. There is plenty of madcap adventures and redemptive moments. Pickett does a great job of bringing the auxiliary characters to life. Scott Brick is probably my new favorite narrator, he really brings Miles and the other characters to life.

Not everyone will love this book, a lot of people are going to be put off by all the excessive drinking and the promiscuous sex. Not to mention there are several places in the book where Miles is downright unlikable and it is hard to have sympathy for him. He is not the best of heroes but in the end he does become heroic. For me if you enjoyed the movie Sideways then you definitely need to get this book.

Drunken vomit of a story

What could Rex Pickett have done to make this a more enjoyable book for you?

Snapper, the poor dog, he had the most odious owners......

What character would you cut from Vertical?

Half of the wine sluts could have been cut without notice.....

The scenery was accurately described (perhaps for the next movie?) but the sameness of the situations on this trip with the sexual escapades over and over again became mind numbing and you would write the scene before hearing it over and over.........

I have been a fan of the first book and film for years and was always afraid to read the sequel. I feared that if it was not as good, my memory of the first would forever be tainted. I finally fought through my fears and am so pleased I did. What a wonderful story. So full of ups and downs, laughs and tears. Heart warming at its very core. Phenomenal book.

Similar aspects to Sideways, but this story takes on a life of its own down the line. Really respect the author's courage to go there.

A love story of wine and the relationship between son and mother told in the narrators self-deprecating comedic tone. What starts as a madcap drunken adventure through wine country, ends in a touching heart ache of a son coming to know and let go of his dying mother. Bravo!

Even though there are three books in the series, Vertical seems like a proper ending for Miles and Jack and his mom. The story had some great moments, and was quite the adventure from Los Angeles to Sheboygan Wisconsin.

As others have mentioned in reviews, the endless tales of Miles’ sexual conquests grew tiring and repetitive, and seemed unnecessary. The story also dragged on and stagnated in parts. However, looking back on it and considering the way it all ended, this was actually a very good audiobook, and I was sorry when it was over. The narrator did an excellent job and the ending both surprised me and left me with an appreciation for the depth of what the author was trying to do throughout the story.

I really enjoyed this book. I thought it was even better than the original Sideways. The book is yet another road trip story filled with crazy adventures. While the story was not so much a comedy towards the end I enjoyed the direction in which it took. Cant wait to read Sideways 3 Chile. Now I gotta go drink some f*&@in Merlot!