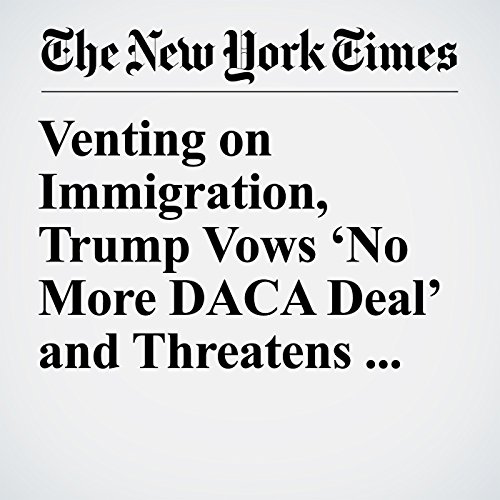 PALM BEACH, Fla. — President Donald Trump, blaming Democrats and the Mexican government for an increasingly “dangerous” flow of unauthorized immigrants, unleashed a series of fiery tweets on Sunday in which he vowed “NO MORE DACA DEAL” and threatened to walk away from the North American Free Trade Agreement.

"Venting on Immigration, Trump Vows ‘No More DACA Deal’ and Threatens NAFTA" is from the April 01, 2018 U.S. section of The New York Times. It was written by Katie Rogers and narrated by Kristi Burns.