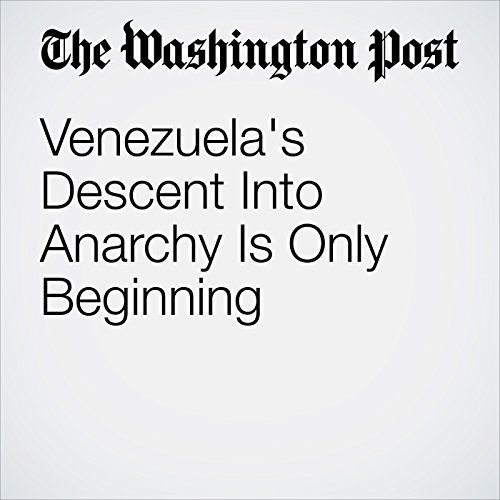 Its economy has collapsed, its people are starving, and its government is to blame — although its grip on power is still strong enough that, as we'll get to in a minute, Goldman Sachs sure seems like it's betting that it will continue. Which is to say that things are about as dire as could be.

"Venezuela's Descent Into Anarchy Is Only Beginning" is from the June 02, 2017 Wonkblog section of The Washington Post. It was written by Matt O'Brien and narrated by Jill Melancon.