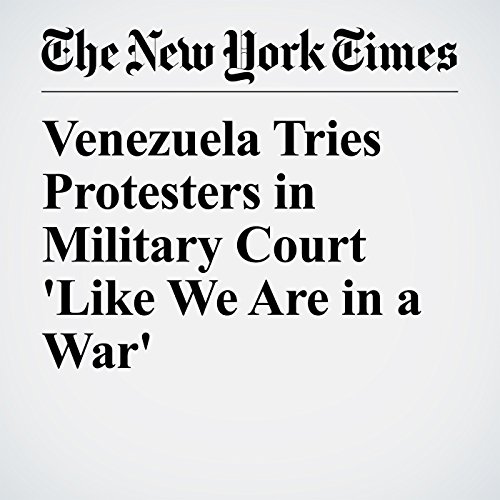 Cheers erupted as the protesters toppled the statue of former President Hugo Chávez, the metal cracking against concrete. The scenes, distributed around Venezuela on social media, showed a crowd smashing the sculpture on a curbside as others came to set a fire inside its shattered belly.

"Venezuela Tries Protesters in Military Court 'Like We Are in a War'" is from the May 12, 2017 World section of The New York Times. It was written by Nicholas Casey and narrated by Mike DelGaudio.