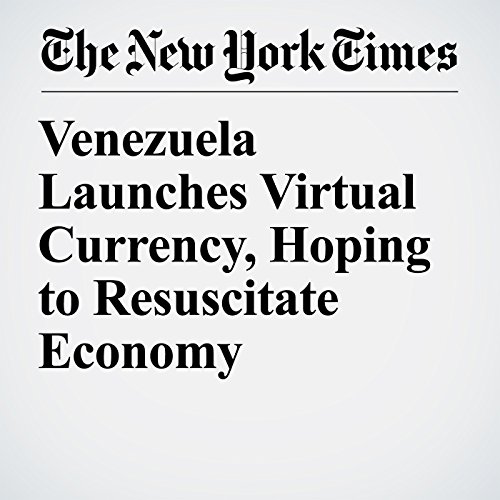 With Venezuela suffering one of the most severe economic collapses of modern times, the beleaguered administration of President Nicolás Maduro announced Tuesday that it had begun a presale of virtual currency backed by the nation’s vast petroleum reserves.

"Venezuela Launches Virtual Currency, Hoping to Resuscitate Economy" is from the February 20, 2018 World section of The New York Times. It was written by Kirk Semple, Nathaniel Popper and narrated by Keith Sellon-Wright.