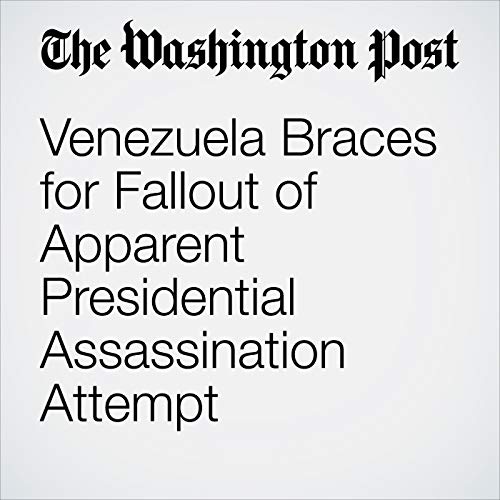 Venezuela braced on Sunday for more possible arrests and potential military purges one day after the government said President Nicolás Maduro had survived an apparent assassination attempt in which drones carrying explosives targeted him in the midst of a nationally televised address.

"Venezuela Braces for Fallout of Apparent Presidential Assassination Attempt " is from the August 05, 2018 World section of The Washington Post. It was written by Anthony Faiola and narrated by Sam Scholl.