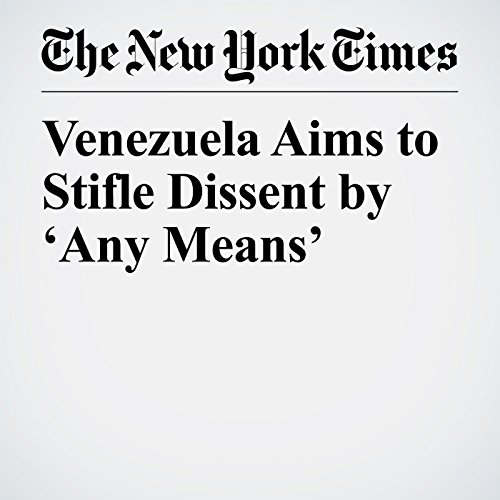 The government agents barged into the homes of two prominent former mayors, hauling them off to jail in the dark. They dragged one of them into the street in his blue pajamas as witnesses screamed that he was being kidnapped.

"Venezuela Aims to Stifle Dissent by ‘Any Means’" is from the August 01, 2017 World section of The New York Times. It was written by Nicholas Casey and Ana Vanessa Herrero and narrated by Caroline Miller.