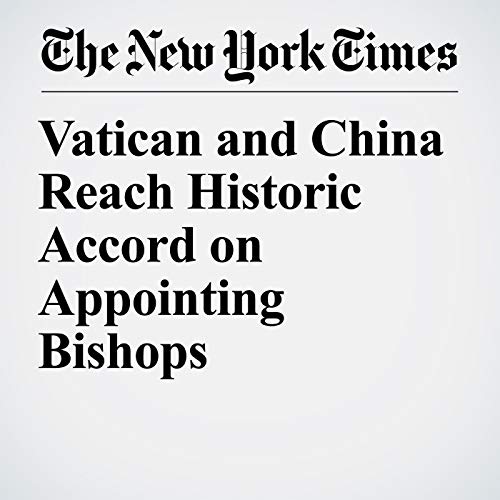 ROME — The Vatican said Saturday that it had reached a provisional deal with the Chinese government to end a decades-old power struggle over the right to appoint bishops in China. It was the communist country’s first formal recognition of the pope’s authority within the Roman Catholic Church in the world’s most populous nation, Vatican officials said.

"Vatican and China Reach Historic Accord on Appointing Bishops" is from the September 22, 2018 World section of The New York Times. It was written by Jason Horowitz and Ian Johnson and narrated by Kristi Burns.