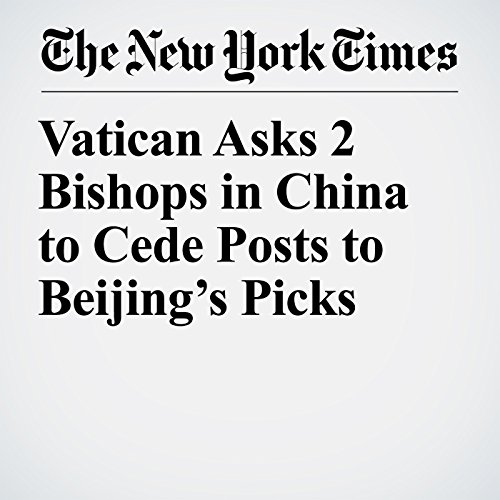 In a move that has upset many in the Roman Catholic Church, the Vatican asked two “underground” bishops in China to surrender their positions to individuals approved by the country’s authoritarian government, including one the Vatican had excommunicated, a cardinal who traveled to Rome said Monday.

"Vatican Asks 2 Bishops in China to Cede Posts to Beijing’s Picks" is from the January 29, 2018 World section of The New York Times. It was written by Ian Johnson and narrated by Keith Sellon-Wright.