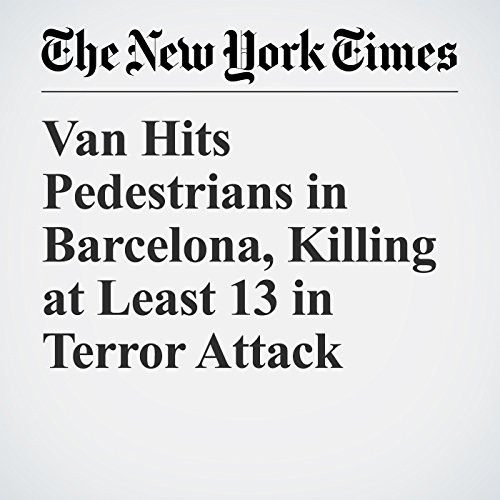 A van crashed into pedestrians thronging a popular tourist area in the center of Barcelona, Spain, on Thursday, killing at least 13 people in what police were calling a terrorist attack. At least 50 were wounded, Catalan officials said, and one man had been taken into custody.

"Van Hits Pedestrians in Barcelona, Killing at Least 13 in Terror Attack" is from the August 17, 2017 World section of The New York Times. It was written by Anne Sophie Bolon, Palko Karasz and Mark A. Walsh and narrated by Kristi Burns.