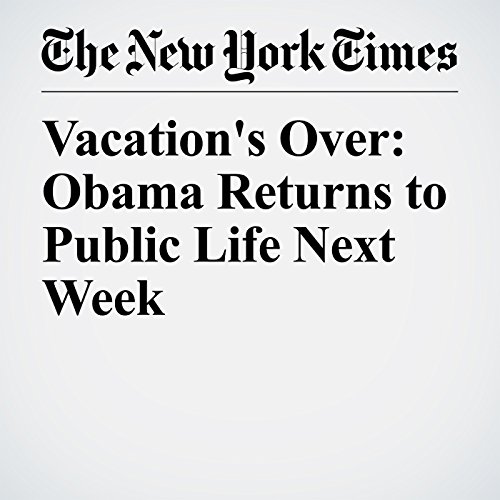 Barack Obama’s extended post-presidential vacation is about to end. After spending weeks in French Polynesia — including time on the yacht of the movie mogul David Geffen along with Bruce Springsteen, Tom Hanks and Oprah Winfrey — Obama will return to Chicago on Monday for his first public event as a former president.

"Vacation's Over: Obama Returns to Public Life Next Week" is from the April 21, 2017 U.S. section of The New York Times. It was written by Michael D. Shear and narrated by Kristi Burns.