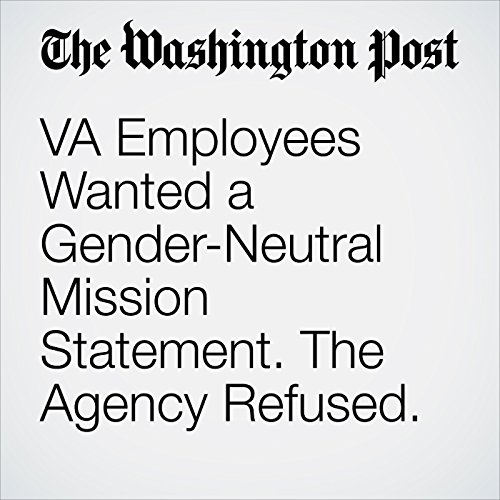 What began as a rallying cry among post-9/11 military veterans has revealed deep divisions within the Department of Veterans Affairs headquarters, where, in an apparent act of rebellion, staffers amended the agency’s 59-year-old motto on a newly released strategic document because the words exclude mention of women’s service and sacrifice.

"VA Employees Wanted a Gender-Neutral Mission Statement. The Agency Refused." is from the February 14, 2018 National section of The Washington Post. It was written by Emily Wax-Thibodeaux and narrated by Sam Scholl.