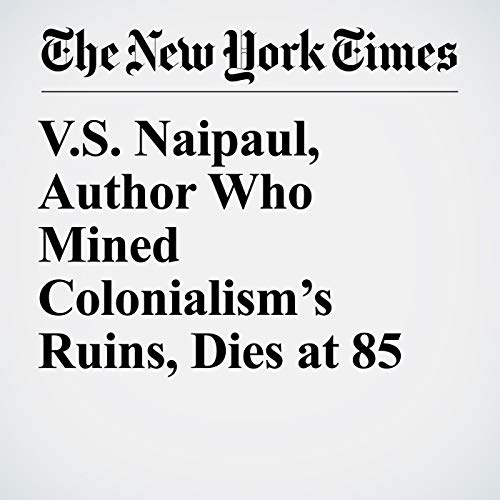 V.S. Naipaul, the Nobel laureate who documented the migrations of peoples, the unraveling of the British Empire, the ironies of exile and the clash between belief and unbelief in more than a dozen unsparing novels and as many works of nonfiction, died Saturday at his home in London. He was 85.

"V.S. Naipaul, Author Who Mined Colonialism’s Ruins, Dies at 85" is from the August 11, 2018 U.S. section of The New York Times. It was written by Rachel Donadio and narrated by Kristi Burns.