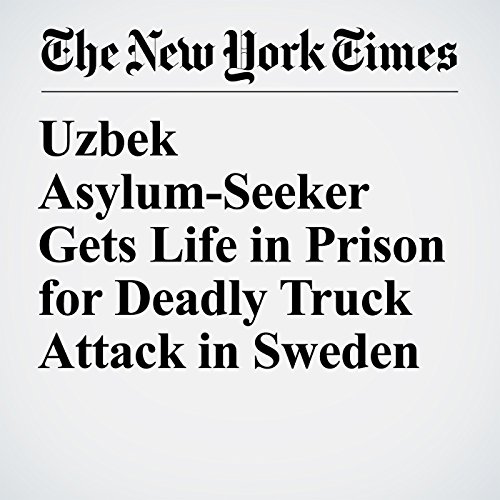 STOCKHOLM — A Swedish court on Thursday found a rejected asylum-seeker guilty of terrorism and murder, and sentenced him to life in prison for a deadly attack with a beer truck that killed five people and injured nearly a dozen others last year.

"Uzbek Asylum-Seeker Gets Life in Prison for Deadly Truck Attack in Sweden" is from the June 07, 2018 World section of The New York Times. It was written by Christina Anderson and narrated by Keith Sellon-Wright.