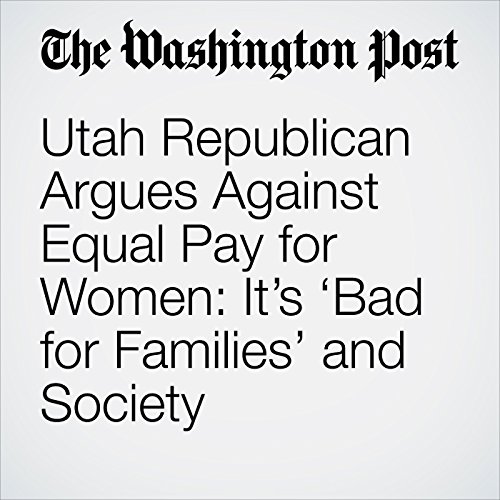 In a letter criticizing a bill that addresses pay gap in the workforce, a Utah Republican said that men have traditionally earned more than women and, citing “simple economics,” argued that things should stay that way.

"Utah Republican Argues Against Equal Pay for Women: It’s ‘Bad for Families’ and Society" is from the February 19, 2017 Politics section of The Washington Post. It was written by Kristine Guerra and narrated by Sam Scholl.