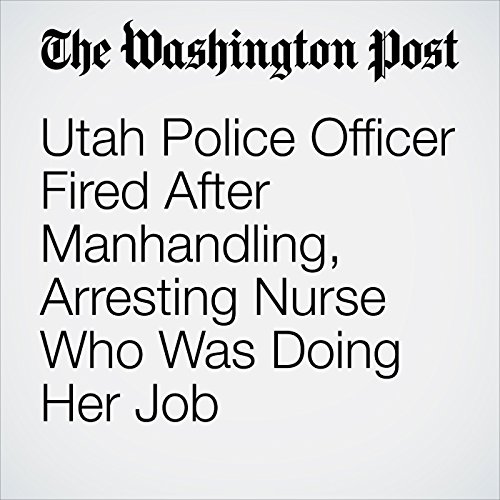 A Salt Lake City police detective was fired and his supervisor demoted Tuesday for their roles in the arrest of a nurse who was manhandled and shoved screaming into a squad car as she tried to protect the legal rights of an unconscious patient.

"Utah Police Officer Fired After Manhandling, Arresting Nurse Who Was Doing Her Job" is from the October 11, 2017 National section of The Washington Post. It was written by Derek Hawkins and narrated by Sam Scholl.