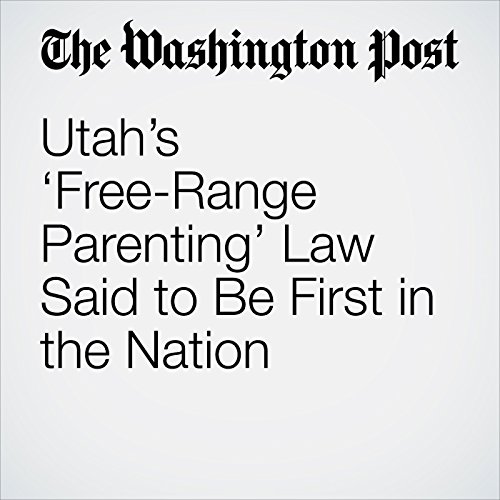 It all started when Lenore Skenazy let her 9-year-old ride the subway home alone. She gave him a map, a MetroCard, a $20 bill and — just in case — some quarters for a pay phone call. Then she left him in the handbag section in New York’s original Bloomingdale’s. It was all his idea. He had begged Skenazy to just leave him somewhere and let him find his way back all by himself, until finally, on a spring day in 2008, she let him do it.

"Utah’s ‘Free-Range Parenting’ Law Said to Be First in the Nation" is from the March 28, 2018 National section of The Washington Post. It was written by Meagan Flynn and narrated by Sam Scholl.